As always with the start of a new year we gather and celebrate the previous year and plan for a new shooting season. This year was no different and we gathered on January 26th for our annual awards banquet and membership meeting.

We enjoyed another fine meal prepared by Don McLane before the meeting was called to order and awards were passed out. Congratulations to Joseph Grabbert for most improved shooter (modern military) with a 9 point increase, Jason Cisarano for most improved shooter (Vinatge) with a 12 point increase, Richard Martinez for high score (modern military) with a 296-11X and Dewey Hales for high score (Vintage). Tony Simonetti claimed high X count in both the vintage and modern military categories with 22 and 30 Xs respectively.

As part of the meeting elections were held for Vice President and Treasurer. After 4 years as Vice President, Eric Whaley is turning over to Bill Cale who was unanimously elected. Jason Cisarano stepped back into a club leadership role with his unanimous election as the club Treasurer.

The climax of the banquet is the raffle for the Garand rifle. This year 17 shooters qualified for the raffle when the extra match from June was included in the match count. Shooters were one by one eliminated from the running until only on man was left standing. This year the rifle was won by Chris Hyman. Congratulations to all shooters award recipients and newly elected officers.

Our first event of the season will be Saturday March 9th when we put on our annual clinic at the Pig Palace in Chicod. This clinic is a great introduction to high power competition for the beginner as well as a refresher for the more experienced shooter. The clinic is free and will start at 8. Everyone is welcome and welcome to bring your weapon of choice, but no live ammunition will be allowed in the clinic. Please RSVP for the clinic by sending an email to .

We look forward to a great shooting season and seeing you on the firing line. 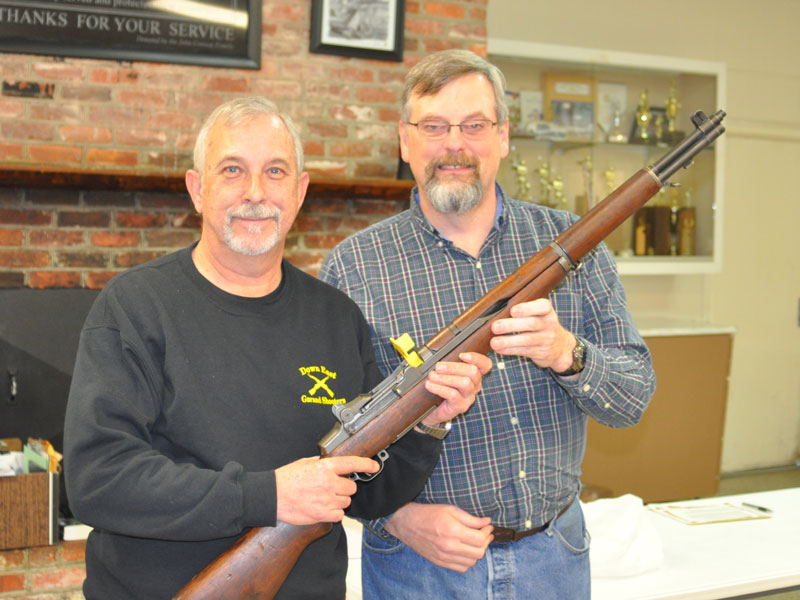